Some Liverpool fans have been left outraged by Lucas Digne’s social media activity on Monday.

The Reds drew a fierce Merseyside derby 2-2 with Everton on Saturday, in a game not without its controversy.

First, Virgil van Dijk suffered a possible season-ending injury at the hands of Jordan Pickford, after the Blues’ goalkeeper caught the Liverpool star with a terrible tackle.

Late in the day, Richarlison then received his marching orders for an equally hideous challenge, this time on Thiago, who fortunately came away from the incident more unscathed than Van Dijk.

There was still time for Jordan Henderson to see his stoppage time goal ruled out, however, after Sadio Mane was given offside, despite seemingly being level.

It was one of the most unjust days in recent Reds history, with Richarlison’s tackle arguably more premeditated and nasty than Pickford’s.

On Monday, Everton left-back Digne posted a jokey message on Instagram, showing him taking the red card out of referee Michael Oliver’s pocket and claiming, “I tried to do my best”, relating to Richarlison potentially not getting sent-off.

These Liverpool supporters failed to see the funny side of the incident, voicing their anger on Twitter and criticising Digne of a lack of class, considering Thiago could easily have broken his leg.

So you think your teammate trying to break someone’s leg has a funny side to it? You’re a joke @LucasDigne pic.twitter.com/pvX1gQ9F6p

I’m glad @LucasDigne sees the funny side of his teammate throwing in a horror tackle against Thiago and nearly breaking his leg.

This, combined with the fact Pickford hasn’t publicly apologised to Van Dijk, shows the kind of club Everton are. pic.twitter.com/F69E8fVuas

Ban him for 50 years

Wow did you really think making a joke when a player almost broke his leg because of your foolish teammates reckless actions? Wow. You literally showed how disrespectful you and your club are.

Is Thiago the best midfielder in the world? 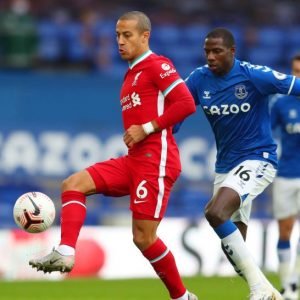 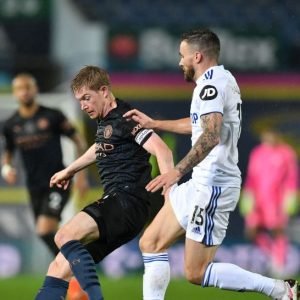