Liverpool manager Jurgen Klopp has provided multiple fitness updates ahead of a mouthwatering Premier League clash with Arsenal at Anfield.

The Reds return to domestic action having lost their last match prior to the international break.

Klopp’s side tasted defeat for the first time this season as West Ham took the spoils 3-2 at the London Stadium.

Speaking in his pre-match press conference, as cited by James Pearce on Twitter, Klopp updated the situation surrounding the many fitness worries.

Klopp: "Hendo/Robbo didn't train with the team yet, they did rehab/recovery stuff. It will be a late, late decision. Sadio is good. Fabinho did recovery and the plan is he trains today." #LFC

Klopp’s squad has been tested to the maximum recently as a combination of injuries and travel restrictions caused numerous absentees from matchday lineups.

Midfield duo Curtis Jones, Roberto Firmino and Naby Keita are expected to miss out for the Reds as they continue to recover from eye and hamstring injuries respectively.

Liverpool have also been without talented teenager Harvey Elliott for over two months after the 18-year-old dislocated an ankle against Leeds United. Recently the ace returned to light training and the German manager confirmed he is doing ‘really well’ on the route back to action.

Henderson’s involvement will arguably be more important than that of Robertson.

Whilst the Scot remains a crucial facet of the side, Kostas Tsimikas has already proven to be a reliable understudy at left-back.

With so many midfield options already unavailable, captain Henderson will form a crucial part of the side as ever. 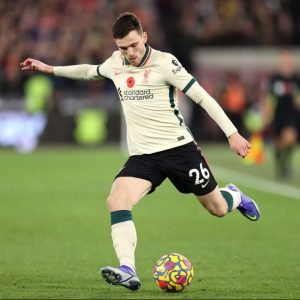 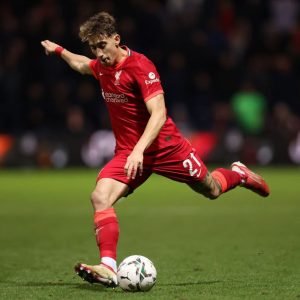