The 18-year-old has been heavily linked with a move to the Reds in recent months and performances for both Borussia Dortmund and England suggest that the midfielder is more than ready.

Following yet another starring role for Gareth Southgate’s side in the 3-0 victory over Ivory Coast, Bellingham has once again been the name on plenty of lips.

Speaking on talkSPORT (March 30 6.20am), McCoist was full of praise for the teenager.

Amazing. Unbelievable, staggering, absolutely staggering. In his first half at Ibrox for Dortmund against Rangers, he was absolutely unbelievable. Magnificent, it looked as though he had been playing there all his life. What a talent. Everybody was talking about him, superb.

The 12-cap England ace has earned an impressive 7.01 average Sofascore rating from 25 Bundesliga outings during 2021/22.

Scoring six times and providing 12 assists in 37 appearances across all competitions, this has already been yet another stellar season for the starlet.

Valued at £67.50million and under contract in Germany until 2025 (Transfermarkt), Liverpool would likely have to break their transfer spending record to land Bellingham.

However, at just 18 the ex-Birmingham city academy prospect potentially has over a decade remaining at the elite level and Jurgen Klopp is the ideal man to further develop a mercurial talent.

Boasting a wide range of strong midfield attributes, Bellingham would be comfortable stepping into the Reds’ side immediately whilst also being a long-term successor to the likes of Jordan Henderson, Thiago and James Milner.

With such warranted praise as this, whatever the fee, this is a no-brainer.

Should Liverpool Break The Bank For Jude Bellingham? 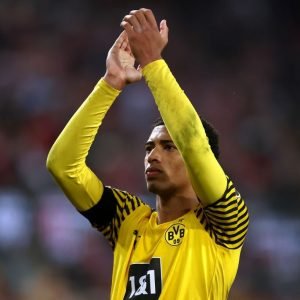 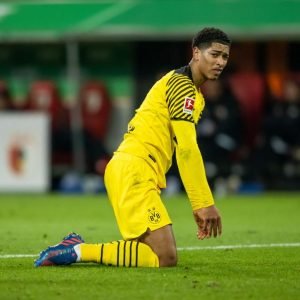