When Naby Keita arrived at Liverpool in the summer of 2018, expectations were high.

The Guinean had signed a year earlier from RB Leipzig, meaning Reds supporters had to agonisingly wait 12 months to see him in action for their club.

Since then, it’s probably fair to say that Keita’s time at Liverpool has been slightly underwhelming.

There was an outrageous turn away to Crystal Palace early on, and some impressive performances here and there, but few world-class ones.

Over the past two seasons, we have seen glimpses of Keita’s brilliance, but also too many injuries and indifferent performances thrown in.

As we reach the business end of this campaign, and with Liverpool well-rested after their winter break, this could be Keita’s time to shine.

Having recovered from his latest injury setback, the 25-year-old is primed to play a big role between now and May.

It shouldn’t be ignored that Keita was a key man before his recent absence, scoring in the Club World Cup semi-final against Monterrey, as well as a well-taken strike and precise assist away to Bournemouth, which earned him a nine-out-of-10 rating from This Is Anfield.

Staying fit has been the issue, however, as the latter stages of last season showed. He limped off in the Champions League semi-final first leg against Barcelona, and went on to play no part in the remainder of a memorable campaign.

Starting with the game against Norwich City on Saturday, I see this as the most pivotal period in Keita’s Liverpool career.

With Jordan Henderson and Gini Wijnaldum getting through an admirable amount of work this season – 64 appearances between them in the engine room – their legs could tire in the spring. This is where Keita can be priceless, he should be fairly fresh and thus able to wreak havoc with his quick feet, gliding dribbling ability and decision making in the final third.

Matches will come thick and fast for Liverpool from this point in, so rotation is to be expected from Klopp. Keita should get plenty of opportunities to prove his worth, hopefully, finding a much-needed rhythm.

The negative scenario is that he once again fails to find the level he found at RB Leipzig or finds himself on the treatment table for the umpteenth time.

Should that occur, I think Liverpool may have to start considering cutting their losses on the midfielder. Given his age, the Reds could still earn a big fee for him and it may be that Klopp thinks there is a better long-term opinion out there, such as Bayer Leverkusen’s Kai Havertz, who has been linked with the Reds.

I hope this isn’t the case, of course, but I see the next three months as an audition of such for Keita.

The majority of Liverpool’s midfielders have performed superbly this season, most notably Henderson, Wijnaldum and Fabinho, and it’s time for Keita to now produce a truly influential run of his own, rather than sprinklings of magic.

He has the talent to become a genuine star at Anfield, but consistency and fitness remain the key. Hopefully, he begins his most significant run of form in a Liverpool shirt at Carrow Road on Saturday, should he feature.

Will Keita be a regular starter for Liverpool next season? 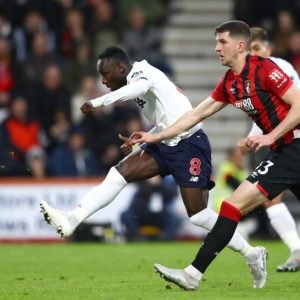 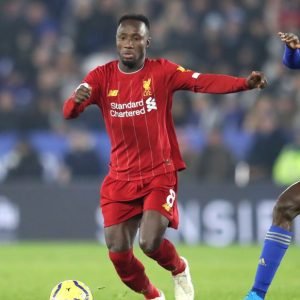