Dejan Lovren could remain at Liverpool next season, allowing his contract to run down at Anfield.

The Croatian has been linked with a summer exit, having only managed nine starts in the Premier League in 2019/20.

According to the Daily Mail‘s Dominic King, however, Jurgen Klopp could have no problem with keeping hold of him beyond the summer.

It is stated that the Liverpool manager has a ‘strong relationship’ with the 30-year-old, having been at the club ever since he arrived in October 2015.

Although Lovren can still do a job from time to time, I would personally sell him this summer. It means Liverpool can earn a fee for him, rather than letting him go for free next year.

On top of that, I feel the centre-back’s woeful recent performance away to Watford highlighted his flaws to perfection – he came in for Joe Gomez and was bullied by Troy Deeney, as the Reds’ unbeaten record went up in smoke.

There are younger alternatives out there in terms of a fourth-choice centre-back, such as Leeds United loanee Ben White, who Liverpool are believed to be ‘blown away’ by.

Six seasons has been enough to show how hit-and-miss Lovren can be, and I believe Liverpool should take the money and run, should an offer come in for him. 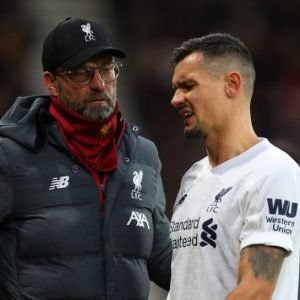 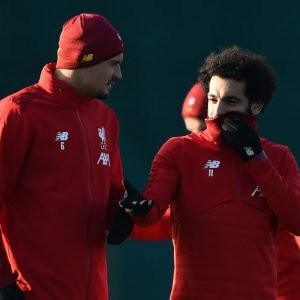