Liverpool’s full-backs will have to alter their style of play, following Virgil van Dijk’s possible season-ending injury, according to Glen Johnson.

The Dutchman is expected to be out for many months after suffering ACL damage from a dreadful tackle from Jordan Pickford in Saturday’s 2-2 draw away to Everton.

Van Dijk has arguably been Jurgen Klopp’s most important player since he became Liverpool manager in October 2015, so having to make do without him for such a long period is going to be extremely tough.

One of the many people highlighting the significant of the injury is former Reds defender Glen Johnson. Speaking to the Mirror, the former England man claimed that Trent Alexander-Arnold and Andy Robertson will now have to curb their attack-minded nature:

There’s nothing better as an attacking full-back to think ‘oh actually, I don’t need to run back because I know that Van Dijk is there, or John Terry is there,'” he said.

You just know they’re going to win the ball. If you look over your shoulder and it’s somebody else then you don’t get that confidence, and then you have to be in totally different positions.

We’ve seen it over the years with Trent. Sometimes defensively he’s got into some terrible positions, but it doesn’t matter because Van Dijk will be mopping up behind and making it all look very easy.

Both full-backs will have to change.

While Van Dijk’s injury is a crushing blow for Liverpool and their Premier League title hopes, it is going overboard calling for other players to completely change their approach.

Klopp has worked endlessly on the training ground on his methods and he will have known all along that injuries to key players can happen, and that it shouldn’t change his plans.

Sure, there may be times when Alexander-Arnold and Robertson have to consider being slightly more defensive, but suddenly taking away their attacking brilliance is not needed.

Liverpool have to back themselves to keep excelling without Van Dijk in the team, with the likes of Joel Matip, Joe Gomez and Fabinho more than good enough to hold their own at the back, assuming they can stay fit. 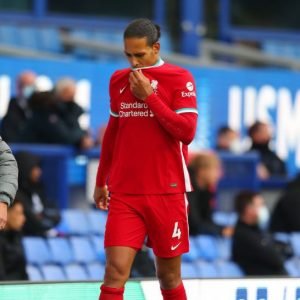 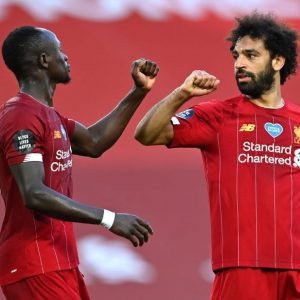