A number of Liverpool players are fully behind the idea of the Reds signing David Alaba in the January transfer window.

According to a report from Football Insider, Liverpool are still interested in bringing in the 28-year-old, as Jurgen Klopp tackles a defensive crisis at Anfield.

Virgil van Dijk, Fabinho and Joel Matip are all currently out injured, although the latter could return for Saturday’s Premier League clash with West Ham at Anfield.

A number of players have been linked with joining Liverpool in January, including Dayot Upamecano and Ozan Kabak, and Alaba is seemingly in the mix, too.

The Austrian has once again failed to agree a new contract at Bayern Munich, according to Bild journalist Christian Falk on Twitter, possibly increasing the chances of him leaving in January.

Alaba has arguably been one of the most successful defenders of his generation, not only winning nine Bundesliga titles and two Champions League crowns with Bayern, but also taking home Austria’s Player of the Year award an incredible six times. He is world-class.

The thought of the versatile centre-back joining Liverpool is something that seemingly appeals to many supporters, with some of them taking to Twitter to give their thoughts on the news.

People that are saying no to David Alaba for LFC haven’t seen him play last few seasons. A rare player that’s elite in 2/3 positions. Age ,wages and doesn’t fit FSG profile excuses are all nonsense. No idea if he’s a target at this stage but I’d like to think he would be #LFC

He fits everything else in Klopps players profile, can play every position across the back and midfield.

He is 28 and sooo versatile. Adds experience and that winning mentality is raised a notch within the team. It’s a no brainier imo. Man can play either full back in midfield and in defence. To get him on a pre if possible would b daylight robbery

He could be 34 and it wouldn’t bother me. We’ve got around 3 young CBs that within a year or 2 would be more adult and better at the game. We just need somebody at the level we are to tie us over for a season or 2.

He’d be perfect. Can play LB, CDM and CB, has a lot of experience and would be fairly cheap in the next transfer window. Looks like an obvious Klopp signing to me

He can play CB/LB also and he’s class. Simple.

Would Alaba be a good signing for Liverpool in January? 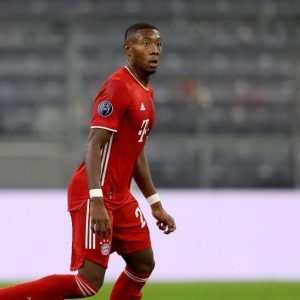 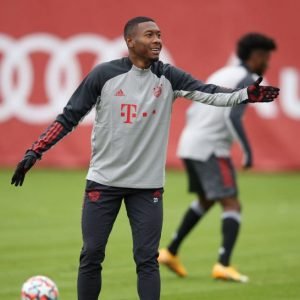