Some Liverpool supporters have been left deeply unimpressed with Dayot Upamecano’s most recent performance.

The Frenchman took to the field for RB Leipzig on Wednesday evening, with the Bundesliga side making the trip to Manchester United in the Champions League.

It proved to be a dreadful night for Upamecano and his Leipzig teammates, however, as United strolled to a 5-0 win at Old Trafford, pulling clear in the second half.

The 21-year-old had a bad night at the heart of his team’s defence, not performing like the highly-rated centre-back he is meant to be, looking at all sea a times.

Upamecano has been linked with a January move to Liverpool, as Jurgen Klopp’s weighs up his defensive options without Virgil van Dijk.

With the Reds suffering an injury crisis at the back, the France international is seen as someone who could help fill that void, helping the Premier League champions in the second half of the season.

Judging by his performance at United, however, Upamecano still has plenty of learning to do as a player moving forward.

These Liverpool supporters were not impressed with what they saw on Wednesday, taking to Twitter to provide their thoughts.

he just conceded 5 goals from our straight rival btw, however it will be a great signing

Can’t say I have seen a lot of him, is he really worth the hype

After that performance I hope it’s on a free!

After last nights performance, no thanks . I want Koulibaily!

Would Upamecano be a good signing for Liverpool? 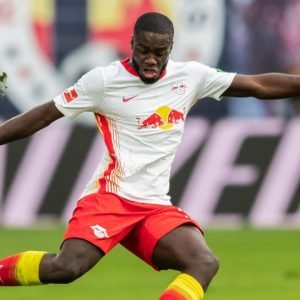 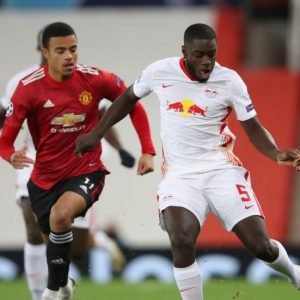