Jurgen Klopp has confirmed that Andy Robertson got a “proper, proper knock” to his ankle on Tuesday night, as Liverpool beat Ajax 1-0.

The Reds edged out their Champions League Group D opponents, qualifying for the last-16 in the process. Curtis Jones’ goal proved to be difference between the two sides, on a solid night for Klopp’s men.

Robertson was limping early on in proceedings, but ended up playing the whole 90 minutes, shining at left-back.

Speaking after the game, however, Klopp revealed that the Scot has a potential injury:

Robbo had a proper, proper knock on the ankle.

There is no denying that Robertson’s knock is a concern, with the Premier League clash at home to Wolves on Sunday looming.

Liverpool already have Alisson, Trent Alexander-Arnold, Joe Gomez and Virgil van Dijk injured at the back – Robertson would complete the set, in terms of the Reds’ first choice back-line all being out.

The hope is that the 26-year-old makes a swift recovery, however, with his importance to this Liverpool side so great.

If not, it could mean Kostas Tsimikas deputising this weekend. 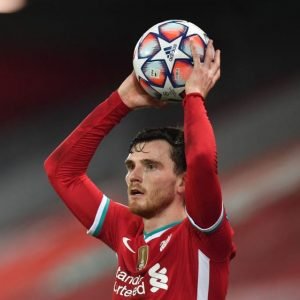 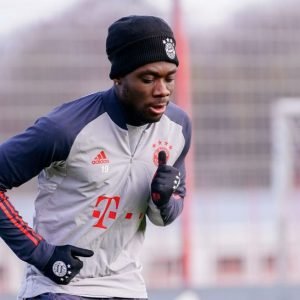