Liverpool are unlikely to sign Eder Militao from Real Madrid this month, according to journalist Kevin Palmer.

The centre-back could leave the La Liga champions on loan in the current transfer window, with the Reds linked with a move for him.

Militao has struggled for playing time at Madrid so far this season, making just two appearances in the league.

Speaking to Football Insider, Palmer gave his verdict on Liverpool’s hopes of bringing in the Brazilian:

Militao is a very good player. I have seen him play quite a bit and I really rate him. A Brazil international who is strong, quick, and still of a very good age as well.

Can I see it happening? Probably not. If he was to leave Real Madrid to go to Liverpool, he would want to start. He would not want to go there to be a back-up.

I cannot see it but it all depends on what he has been told by the club because wherever he goes, he would want to be playing.

It looks increasingly likely that no new centre-back will arrive at Anfield in January, with Jurgen Klopp hinting at frustration surrounding the situation after Thursday’s defeat to Burnley.

Militao is a talented defender, winning six caps for Brazil, but his lack of match fitness means he would take time to be ready, also having to adapt to Klopp’s style of play.

No additions is far from an ideal situation, but a big-money summer signing should be expected, as Liverpool add much-needed depth at the back.

RB Leipzig pair Ibrahima Konate and Dayot Upamecano have both been linked with moves, with their age and profile looking a good fit, considering they are 21 and 22 respectively.

Konate wins an average of 3.0 aerial duels per game in the Bundesliga this season, while Upamecano’s pass completion rate of 89.0 percent shows he could shine in Liverpool’s ball-playing style. 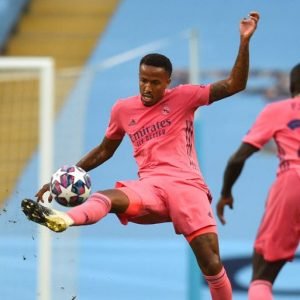 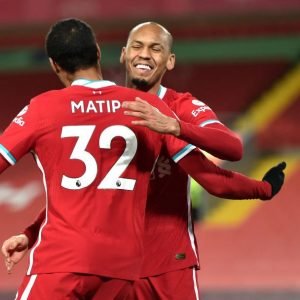