A number of Liverpool fans have been lauding the brilliance of Harvey Elliott, following another assist for Blackburn Rovers.

The 17-year-old made the move to the Championship club back in October, with Jurgen Klopp failing to guarantee him regular minutes in the Reds’ first team.

While some young players can struggle to adapt to life in a physical lower division, Elliott has been a huge success for Blackburn so far.

On Sunday, the forward again outlined his quality in the final third, assisting Joe Rothwell’s solitary goal to earn his side a 1-0 victory away to Middlesbrough.

It highlighted the vision that Elliott possesses and he now has four goals and eight assists to his name for Blackburn since joining.

The Liverpool starlet has the joint-most assists in the division, along with Reading’s Michael Olise.

These Reds supporters took to Twitter to wax lyrical over Elliott, whose stock continues to rise by the week.

Harvey Elliott bagged another assist today. Don’t wanna burden him with unrealistic expectations, but he’s probably going to be the greatest of all time.

Harvey Elliott's latest assist for Blackburn. Joe Rothwell with the goal. Nice play in the buildup from Nyambe and Armstong. pic.twitter.com/85b5B2Tpgv

Assist for Harvey Elliott ,most of our loan outs are unsuccessful he seems to be thriving now he’s getting regular games.#LFC https://t.co/epxBNHFAG7

Harvey Elliott on 🔥
Hopefully he gets his chance next season🤞 #LFC

If FSG ain't going to allow Liverpool to sign anyone, then I say it's time to recall Harvey Elliott. He has done great with assists for Blackburn. #liverpoolfc

Will Elliott be a future Liverpool regular? 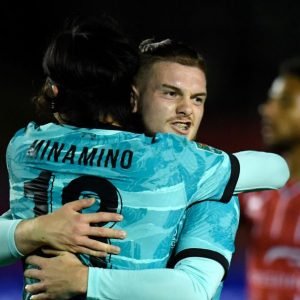 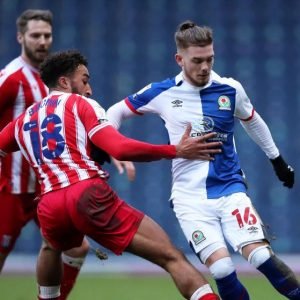