The Reds were linked with the youngster nicknamed ‘Pote’ last week and could now face competition from Zinedine Zidane’s side.

Sporting Lisbon midfielder Gonçalves has enjoyed a meteoric rise in the last 18 months after being released by Premier League side Wolves before being signed by Portuguese Primeira Liga club Famalicão.

The 22-year-old has already drawn predictable parallels to Manchester United star Bruno Fernandes as a goalscoring midfielder from Sporting Lisbon.

Gonçalves leads the way in the scoring charts in the Portuguese top flight, five goals ahead of his nearest challenger, and could be facing a decision regarding his future should his fine form continue until the summer.

Having lost Fernandes to England last January, Sporting have imparted a £53m release clause on a player who they fear could be of strong interest to Europe’s elite clubs.

Doing battle with Real Madrid for some of Europe’s most prestigious talent could be seen as a strong indicator that the Liverpool truly are back at the top table when it comes to transfers.

With Jurgen Klopp leading the fight with Los Blancos for Kylian Mbappe, who’s to say the German won’t go toe-to-toe with the once almost untouchable Galacticio collectors for Gonçalves.

Albeit a different type of player to Georginio Wijnaldum, there could soon be space available in the Anfield midfield ranks with the almost untouchable Galacticio collectors looking more doubtful than ever. 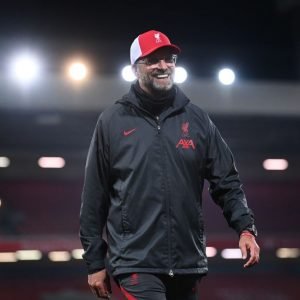 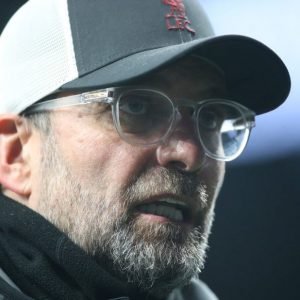