Liverpool legend Steven Gerrard has been told to bide his time before returning to Anfield to take the hot seat by Rangers favourite Richard Gough in an interview with the Liverpool Echo.

Gerrard is on the brink of winning the Scottish Premiership with Rangers, in doing so ending nine years of Celtic dominance north of the border.

However, Gough believes that, whilst he has been impressed with the former Reds midfielder’s job at Ibrox, he should be patient for what would be his ‘dream’ managerial role at Anfield, saying: “The word on the street is that one day he (Gerrard) will come back and manage Liverpool, but I just hope that doesn’t happen for maybe five years or so because he’s still a young man.”

Gerrard played 710 times for the Reds during his playing career and lifted a plethora of trophies during that time.

There has been conjecture regarding the eventual successor to Jurgen Klopp at Anfield, with Gerrard’s name well and truly in the mix, and that was only heightened when the pair signed contract extensions of equal lengths in 2019.

No Liverpool fan worth their salt would begrudge Gerrard returning as manager one day.

When it does happen, though, it has to be the opportune moment, as a failed reign would be gut-wrenching for all parties. Those in charge should look no further than Chelsea and Frank Lampard for how an icon can return before the time is truly right.

Before Kopites can even consider the possibility of the fairytale reunion with Gerrard, Klopp’s tenure has plenty of life and hopefully further success yet to come.

Will Steven Gerrard Be Liverpool's Next Manager? 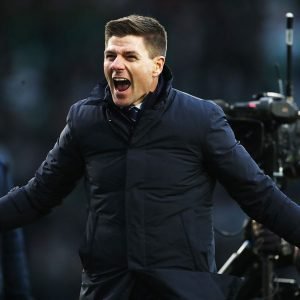 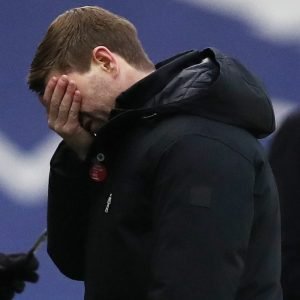