A number of Liverpool fans have been left stunned by Michael Owen’s comments about Sadio Mane deliberately not winning a penalty against Chelsea.

Jurgen Klopp’s men experienced another damaging defeat on Thursday evening, losing 1-0 at home to the Blues.

Mason Mount’s first half strike was enough to separate the two teams, as the Premier League champions suffered a fifth consecutive defeat at Anfield.

Mane was one of the poorest players on show for Liverpool, as his below par run of form continues. The 28-year-old had one opportunity to go down under a tackle in the penalty area, but instead decided to say on his feet.

Incredibly, Owen told Optus Sport that Mane might not want to win a penalty because it would then allow Mohamed Salah to score it, suggesting a rivalry still exists between the pair of Liverpool superstars:

I couldn’t believe he didn’t go down there and look, I’m not advocating he does. It was a great touch and he possibly thought he might get a chance at the end of it, but he did something similar a week ago (against Sheffield United).

I just wonder, and it might be a little bit of devious thoughts creeping into my head, Mo Salah is the penalty taker in this team, and if he (Mane) thinks he’s getting a chance to score he thinks, “well I’m going to score, if I don’t stay on my feet, Mo Salah’s going to get another penalty.”

These players have been going for the Golden Boot for the past couple of seasons.

It might be a wild sort of theory, but the competitive nature of him and Mo Salah… we’ve seen them not passing to each other when one of them is in a much better position to the other.

I just think a couple of times there, I’ve seen Mane go down for those kind of opportunities… and (to not do it) two games on the spin? It just made me think a little bit.

These Reds supporters have been reacting to Owen’s bizarre remarks on Twitter, mocking the former striker.

And now, for the worst shout ever, step forward Michael Owen.

Michael Owen claims Salah and Mane are sabotaging each other !! 🦧🤪 @LFC
ARE YOU OK MICHAEL ? 😷 #getwellsoon 🙏 @themichaelowen
https://t.co/8RArlfUnf1 via @MailOnline

Been a while since someone has said something as dumb as this.

Was Klopp right to substitute Salah? 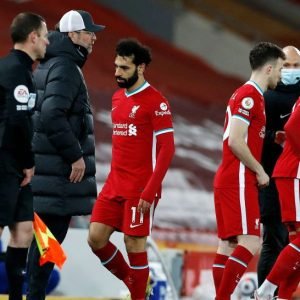 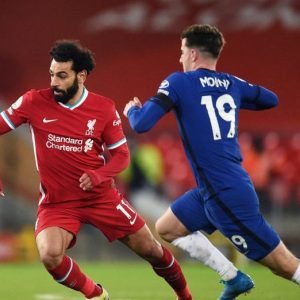