Liverpool have been told to ‘get their hand in their pockets’ to sign Arsenal youngster Bukayo Saka this summer.

Former Tottenham Hotspur striker Garth Crooks has written on his BBC Sport Team of the Week column that the Reds, along with Manchester United, should be in for the 19-year-old.

Named in the best XI from the weekends Premier League action for his ‘devasting’ display against West Brom, Saka has been a shining light in an otherwise bleak season for the Gunners.

The BBC pundit pulled no punches when suggesting that two of England’s biggest clubs should be taking a serious look at the teenager.

Regular readers will know what I think of this lad. If Manchester United or Liverpool don’t get their hand in their pockets and buy him there is something seriously wrong with them. Bukayo Saka has been outstanding for Arsenal all season

An Arsenal academy graduate, Saka has made 43 first-team appearances this season – contributing seven goals and 10 assists.

Signing the four-cap England man from a perceived major Premier League rival would be a major statement from Jurgen Klopp and Liverpool.

Valued at £54million (Transfermarkt) and under contract at the Emirates until 2024, there is no perceived way in which the Reds could do a deal on the cheap.

Whilst Saka is exactly the type of player Klopp would love to add to the ranks at Anfield, given his huge potential and versatility.

Realistically unless the player had a desire to make the move happen it’s one that isn’t on the cards anytime soon. 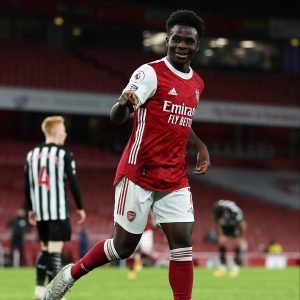 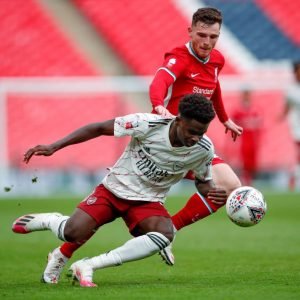