On the face of matters, Liverpool have fallen so far below their extraordinary highs of recent seasons that individual players are unlikely to be considered awards.

That certainly seems to have been the attitude of Anfield icon Jamie Carragher, who refrained from including anyone from his former club when it came to picking the Sky Sports Monday Night Football end of season awards.

Both the 43-year-old and Gary Neville chose their team of the season as well as individual honours from what has been a tumultuous 2021/22 Premier League campaign for many reasons.

Neither pundit picked a single Red across the entire spectrum – perhaps no surprise coming from ex-Manchester United man Neville, but the omission of Mohamed Salah from Carragher’s team has left many Kopites riled on Twitter.

Twitter: My team of the season! #mnf #PremierLeague https://t.co/HJasZtQDcH (@Carra23)

Despite scoring 20 league goals and contributing four assists towards a struggling side, the Egyptian missed out in favour of Son Heung-min and Phil Foden.

The Sky pundit also overlooked Diogo Jota when it came to the ‘Signing of the Season’ category – plumping for West Ham ace Tomas Soucek instead.

Whilst the issues in Jurgen Klopp’s side have been clear for all to see, Salah’s performances have remained at an astronomical high.

Perhaps a victim of his own success following a 32-goal debut season on Merseyside, since then the 28-year-old has continued to post big numbers without the acclaim initially afforded.

As for Jota, were it not for a three-month layoff with a knee injury the Portuguese ace would likely be thrown into the best signing conversation – netting eight league goals either side of his absence.

Should Mohamed Salah Be In The EPL Team Of The Season? 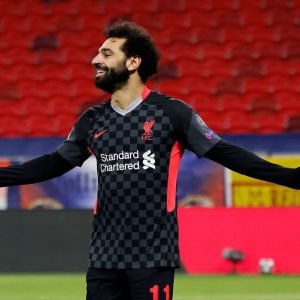 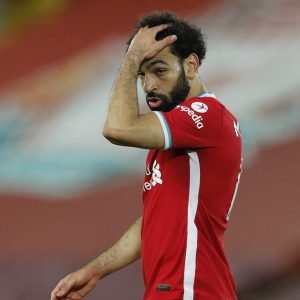