Liverpool were once again at the mercy of a late Divock Origi goal to secure all three points in the Premier League.

So often the unlikely hero, the 26-year-old Belgian came off the bench to win the game against Wolves at Molineux after a frustrating afternoon.

Prior to the ace’s arrival, Jurgen Klopp’s side had wasted a host of glaring opportunities and it took a ruthless Origi finish to steal the show.

Speaking on Match of the Day, Jermaine Jenas was full of praise for the mercurial striker.

They always matter (Origi’s goals). It ends up being a brilliant Liverpool goal. Wolves are setup great defensively. The touch it what makes the goal, Origi takes complete control of the nearpost situation and it’s a brilliant finish from an individual that’s very unique and key to what Liverpool and Jurgen Klopp have done.

Show host Gary Lineker went on to suggest that the frontman was ‘content’ with a role from the bench at Anfield having made his 100th outing as a substitute in the Midlands and won several major honours as a Red.

So far this season the 31-cap Belgium international has scored four times and added two assists in nine appearances across all competitions.

The man, the myth, the legend.

Another tense game in need of a hero and more Origi heroics.

In truth, it’s easy to quantify the Belgian’s success as Liverpool as most of the goal involements tend to lead direcly to tangible benefits.

Despite playing second fiddle to an illustrious front four for the most part, this term the ace is having more impact than ever it would seem.

Likely to lead the line as part of a heavily rotated side to face AC Milan and perhaps with chances to shine in January forthcoming, the £10.8million valued man can be confident of a continued role in Klopp’s plans.

Is Divock Origi A Liverpool Legend? 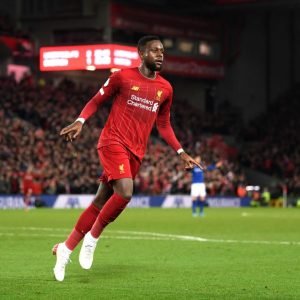 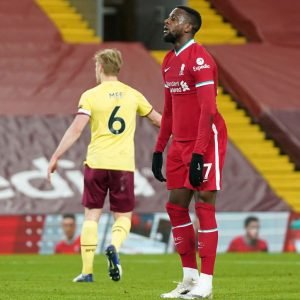