Liverpool midfielder Naby Keita has reportedly attracted interest from a host of clubs across Europe.

The 26-year-old has endured a stop-start career on Merseyside, mostly due to persistent injury problems.

Despite arriving with a burgeoning reputation following a successful spell in the Bundesliga at RB Leipzig,  Keita has only shown glimpses of his talents as a Red.

Now, according to a report from Spanish outlet El Nacional, as cited by LFC Transfer Room on Twitter, Liverpool may be forced to consider the ace’s long term future once again.

The report claims that Jurgen Klopp has ‘ordered’ the 44-cap Guinea man to find a new club ahead of the 2022/23 campaign.

Barcelona are said to be in ‘pole’ whilst West Ham, AC Milan, Bayern Munich and Roma make up the interested parties.

So far this season Keita has scored three times and provided one assist in 16 appearances across all competitions.

Valued at £27million and under contract at Anfield until 2023 (Transfermarkt), there is certainly a decision to be made regarding the Guinean’s long term future.

This latest report suggests an extension for the dynamic midfielder is off the table and that the club are ready to cash in.

Currently away at the Africa Cup of Nations, Keita has missed 54 games across the last three seasons for Liverpool – far too many to justify a new deal.

Instead, the money generated from the sale should go towards signing a fresh face with a more dependable avaialibilty record – perhaps the heavily linked Jude Bellingham. 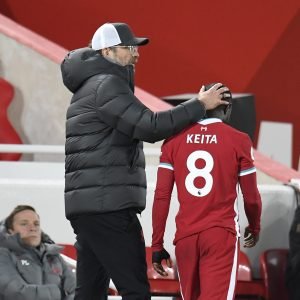 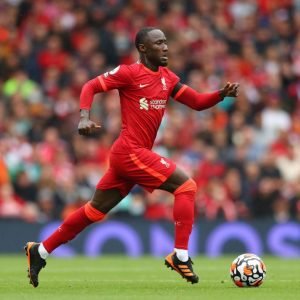