Liverpool assistant manager Pep Lijnders was back on pre-match press conference duty ahead of the Carabao Cup clash with Arsenal.

The Reds head to the capital for the second leg following a goalless draw at Anfield despite playing against 10-men for the majority.

Ahead of the contest, the squad has received a timely boost as Harvey Elliott returned to first-team training and the 18-year-old was a hot topic in the build-up.

Lijnders on Elliott: "He didn't lose his football brain during the time he was off! Some players don't knock on the door, they run through it and that's Harvey. Now he needs to get 'team fit'. We're just really happy he's back with us."

Lijnders also confirmed that Alex Oxlade-Chamberlain would be unavailable for the meeting with his former club but could return against Crystal Palace.

Pep Lijnders says #LFC confident Alex Oxlade-Chamberlain’s ankle injury is only minor but he won’t feature in the second leg v Arsenal: “I would not rule out the weekend but for sure not tomorrow.” #LFC

This season the 28-year-old has scored twice and provided two assists in 25 appearances – including a goal versus Brentford prior to picking up the injury.

Whilst the absence of Oxlade-Chamberlain is a big miss for the Reds, in particular following an impressive display at the weekend, the likes of Takumi Minamino and Kaide Gordon may jump at the opportunity.

Gordon would be the more natural right-sided fit alongise Diogo Jota and Roberto Firmino but the 17-year-old’s inexperience may see Jurgen Klopp opt for Minamino.

No doubt Kopites everywhere will be equally hopeful Oxlade-Chamberlain and Elliott alike can make swift and successful returns to the fold.

Who Should Start Against Arsenal? 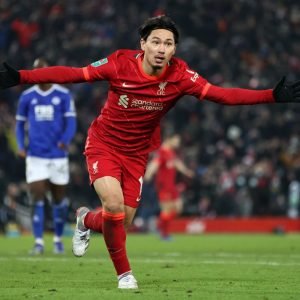 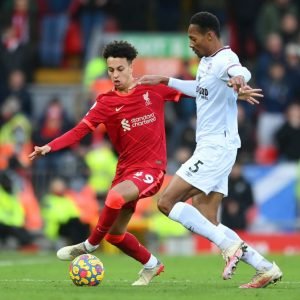