Liverpool have been given a major injury boost ahead of this weekend’s home game against Crystal Palace with the news that Trent Alexander-Arnold could be available for selection.

The defender was injured in the warm-up before Liverpool’s 1-0 win over Brighton & Hove Albion last weekend and despite playing the full 90 minutes, it was revealed that he’d picked up a knee injury.

Reports earlier this week suggested that the England international could have been out of action for a month but speaking at his press conference on Friday, Jurgen Klopp revealed that he could feature at Anfield on Saturday. 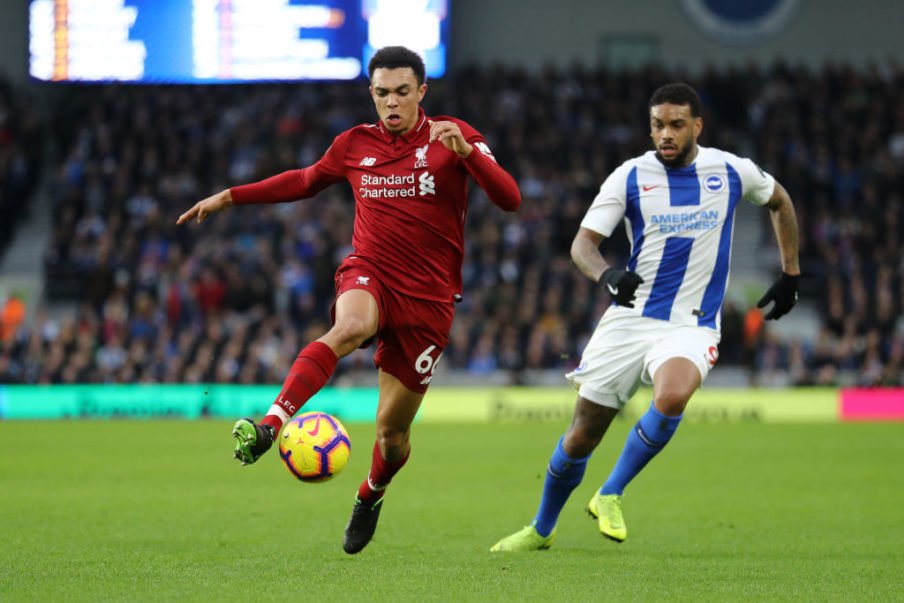 Gini [Wijnaldum] and Trent, we will decide by day, it’s not cool. The exceptional thing of that story is they both played 90 minutes. The whole world saw what happened to Trent. What a boy. Unbelievable to play that game, and afterwards, we got the information that he had pain. Nothing happened to him during the game, it’s just what happened before it. Adrenalin is obviously an interesting thing, it gives you an opportunity to do a bit more than you would expect. We will see. We will wait for both for sure really close for Saturday, I don’t want to close any doors before anybody tells me to close them.

Even if Alexander-Arnold doesn’t make it for the Palace game, that he is even in consideration makes it likely that he’ll be back in action much sooner than the initial four weeks that was reported earlier this week.