Liverpool are one of three teams interested in signing Bayer Leverkusen star Kai Havertz, according to BILD.

The 20-year-old is one of the most promising young players in Europe, hence why Bayern Munich and Barcelona, the champions of Germany and Spain respectively, are also interested in him.

BILD report that Leverkusen have no desire to sell the German international and at this moment, the player wants to stay and play in the Champions League with his club, having played a major role in getting them back to Europe’s premier competition after a two-year absence.

However, the likelihood is that, sooner rather than later, Havertz will move on to one of Europe’s elite clubs, such as the three who are currently interested in him.

As it stands, Leverkusen value their star player at €100m and that valuation could easily increase if he has another season like his previous one.

Liverpool are well known for planning transfers a year in advance and it looks like they could be sewing the seeds for a move for the German further down the line, potentially next summer.

Do you think Kai Havertz is worth €100m 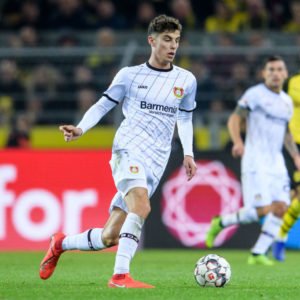 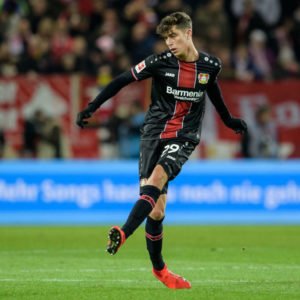