A number of Liverpool supporters have been reacting to Fabinho’s hamstring injury, as the Reds continue to be cursed in the fitness department.

Jurgen Klopp’s side beat Midtjylland 2-0 in the Champions League on Tuesday night, keeping them on maximum points in Group D after two games.

Diogo Jota opened the scoring for Liverpool early in the second half, tapping home after good work from Trent Alexander-Arnold.

The visitors missed chances to equalise, before Mohamed Salah made it 2-0 in stoppage time, firing home the penalty that he had initially won.

Despite the positive result, the evening was ruined a little by Fabinho’s injury, with the Brazilian limping off before half-time.

With Virgil van Dijk and Joel Matip also out, it leaves Joe Gomez as the only fit option, although Matip will hopefully be back for the weekend visit of West Ham in the Premier League.

Fabinho has been in outstanding form, making it even more of a blow for the champions, and the hope is that he isn’t out for too long.

Needless to say, the 27-year-old’s injury has not gone down well with some Liverpool fans, who bemoaned the news on Twitter after the game.

Here are the best of the reactions.

Fabinho injury arguably one of the worst things that could possibly happen to this Liverpool side at the moment given the circumstances. Hammer blow.

Praying Fabinho isn’t out too long. Seriously, Alisson recommended it. Do your bit, people….

Had just about made peace with the Van Dijk situation, because Fabinho & Gomez looked a really promising partnership. And then that happens. Grim.

Fabinho has pulled up & is down injured. Rhys Williams is set to replace him. Not good news for Liverpool.

3 points. Trent was class. But the less said about that performance as a team the better, just hope the injury to Fabinho is not bad 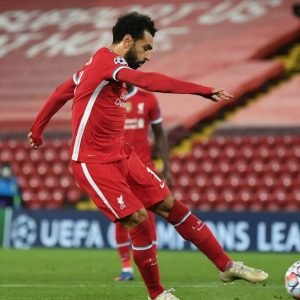 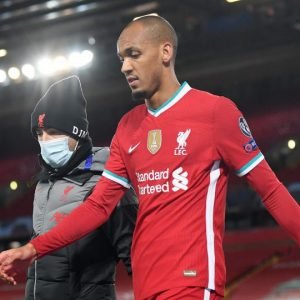