Mohamed Salah could still be available to take on Leicester City this weekend, it has been claimed.

The Egyptian has been expected to miss Liverpool’s Premier League clash with Foxes on Sunday, having tested positive for the virus currently affecting the world.

There has been a potential twist, however, with the head of the COVID-19 committee for the Ministry of Health in Egypt, Hossam Hosny, suggesting his test could come back negative [via This Is Anfield]:

Salah is currently in El-Gouna to complete his quarantine and he will conduct another PCR test on Thursday,” Hosny explained.

And I expect that his result will be negative because until now, the player hasn’t shown any symptoms.

Liverpool are communicating with us to check on Salah, and their medical staff agreed that he would travel to El-Gouna, and Salah can return to England if his test result on Thursday is negative.

Salah’s influence is only properly felt when he isn’t playing, with the 28-year-old still a hugely underrated player.

The numbers that the Egyptian King has delivered in a Liverpool shirt are staggering, having scored 104 goals and registered 39 assists in just 165 appearances.

Having Salah available for the Leicester would feel like a huge bonus, especially with the likes of Trent Alexander-Arnold, Virgil van Dijk and Joe Gomez all injured.

It could be that Liverpool’s No.11 isn’t fit to start, however, with a negative result allowing him to fly back on Thursday, and possibly not have enough time on the training ground.

A place on the substitutes’ bench would still be far more preferable than Salah not playing at all, though. 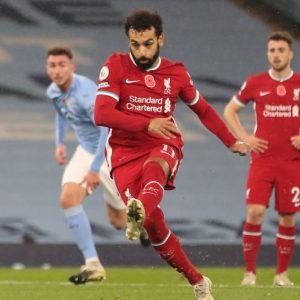 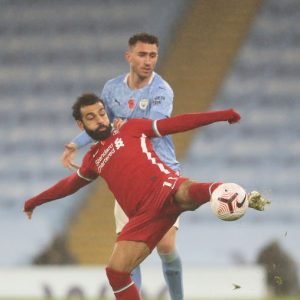