Jordan Henderson has claimed that Danny Welbeck told him Brighton’s penalty against Liverpool shouldn’t have been given.

The Reds could only draw 1-1 away to the Seagulls this afternoon, but they did at least go top of the Premier League for the night.

Diogo Jota’s goal seemed to have sent Jurgen Klopp’s champions on their way to victory, but Pascal Gross equalised from the penalty spot in stoppage time.

It was VAR which ultimately awarded the spot-kick after Stuart Attwell initially didn’t see any contact between Andy Robertson and Welbeck.

Speaking after the game, Henderson revealed exactly what Welbeck said to him:

It isn’t the first farcical VAR incident to have a negative impact on the Reds in game – it is almost becoming laughable now. The fact that even Welbeck didn’t think it was a penalty speaks volumes, especially when it wasn’t even given at first.

Had that been Mohamed Salah on the receiving end of the tackle, for example, you have to wonder if the same decision would have been made.

Bias will always play a part in football, but it is hard to deny that Liverpool are constantly being harshly treated at the moment.

Should Brighton's penalty have been awarded? 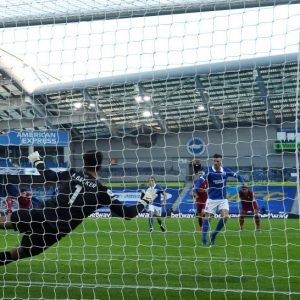 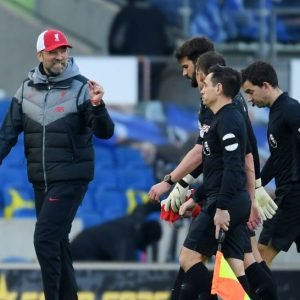