Liverpool should consider changing their mind and making a move for Ben White in January, amid interest from Manchester United, Tottenham and Chelsea.

According to Sky Sports, the Premier League trio are all eyeing up the Brighton centre-back, following an impressive start to the season.

White shone in last weekend’s 1-1 draw away to Liverpool, making two tackles,  three clearances and four interceptions, according to SofaScore.

This latest report claims that the Reds have ‘no interest’ in signing him, however, with the January transfer window looming.

I think it makes sense for Liverpool to reconsider their thought process regarding White, with a new defender needed in January.

Both Virgil van Dijk and Joe Gomez could miss the rest of the season, while Joel Matip has been plagued by injuries down the years.

Should Jurgen Klopp decide not to bring in a new face it would be an enormous risk, with Liverpool hoping to battle for both Premier League and Champions League glory this season.

White would be ideal, in many ways, even though he would likely cost more than £25million, with Leeds United’s bid of that amount turned down by Brighton during the summer, as the report states.

At 23, he would represent a long-term signing, and not someone who would just act as a quick fix.

He is also English, helping Klopp have homegrown talent in his squad, while his 81.8 percent passing accuracy in the league highlights his quality in possession, particularly in a team lower down the table.

Should Liverpool make a move for White in January? 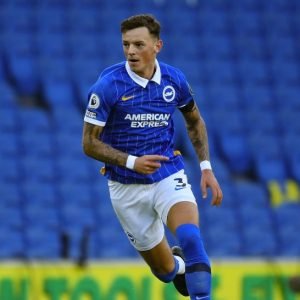 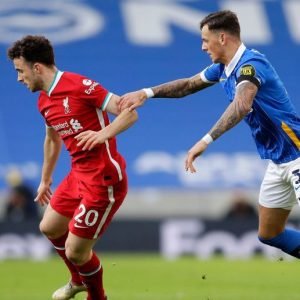