Joel Matip remains an injury doubt for Liverpool’s crucial Premier League clash with Manchester United this weekend, according to the Mirror‘s David Maddock.

The 29-year-old hasn’t featured since limping off in the 1-1 draw with West Brom on December 27th, as his fitness woes continue.

Liverpool host United on Sunday afternoon, with the Red Devils now three points clear at the top of the table.

Maddock claims that Matip’s involvement in the match remains up in the air, and that he has ‘yet to train with the first-team squad’ this week.

It is stated that Jurgen Klopp will require he has at least two training sessions with his teammates, in order to prove his fitness.

Matip being fit or not could have a huge bearing on Sunday’s result, with the Cameroonian such a key centre-back when he is available.

Should he miss out, it will mean Klopp either has play Nathaniel Phillips or Rhys Williams alongside Fabinho, or go with Jordan Henderson at centre-back.

Considering the potency of United’s attack, that is a far-from-ideal situation to be in, so hopefully Matip shows he is back to full fitness in the coming days.

His constant injury problems are becoming a real issue, however – they are being highlighted even more in the absence of Virgil van Dijk and Joe Gomez.

Is Matip worth persevering with beyond this season? 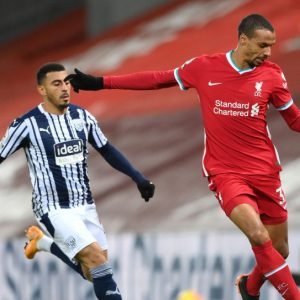 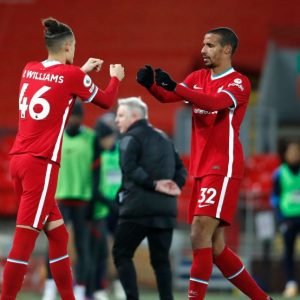