A number of Liverpool fans are desperate to see Xherdan Shaqiri start against Manchester United, following some training ground brilliance.

The Reds host their biggest rivals on Sunday afternoon, in arguably the biggest Premier League game of the season so far.

Liverpool go into the match three points adrift of United, with the pressure now really on in the title race, especially after three games without a win in the league.

Jurgen Klopp has some selection headaches ahead of Sunday’s clash, particularly when it comes to who partners Fabinho at centre-back, should Joel Matip be injured.

Shaqiri could be used further up the pitch, however, having scored twice at home to United back in 2018/19.

On Wednesday, footage emerged on Liverpool’s official Twitter account of the Swiss taking part in a rondo exercise, showcasing his quality:

Can always count on @andrewrobertso5 to make rondos entertaining 😂 pic.twitter.com/tSmJn3yw8A

These Reds supporters took to Twitter to talk up the idea of Shaqiri starting against United.

Who else shaqiro's no look pass

Play shaq he already knows how to score against united

That Shaqiri pass are 0:25 was filth. 🔥
Start him against UTD!

Should Shaqiri start against Man United on Sunday? 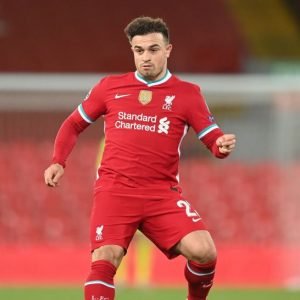 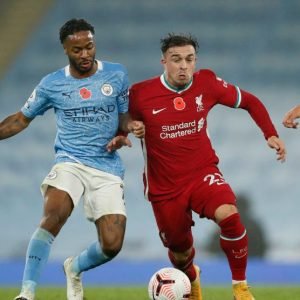