Gini Wijnaldum is likely to leave Liverpool at the end of the season, according to the Times‘ Paul Joyce.

The 30-year-old’s Reds future has been up in the air for months now, as he mulls over his next career decision.

Wijnaldum’s Liverpool contract expires this summer and a move to Barcelona has been constantly reported.

Now, Joyce claims the ‘likelihood’ is that the Dutchman will move when the season reaches its conclusion, bringing an end to five years at Anfield.

With each passing week, it does increasingly look as though Wijnaldum’s time at Liverpool is reaching its conclusion.

Should he leave, he will be a major loss for the Reds, with his ability to knit things together in midfield so underrated.

Wijnaldum has never been the most fashionable player for the Reds, but he is a model of consistency who is rarely injured, also completing a highly impressive 91.7 percent of his passes in the Premier League this season.

Liverpool will find it difficult to replace the Netherlands international, who has to go down as a club legend, having won both the Champions League and Premier League. 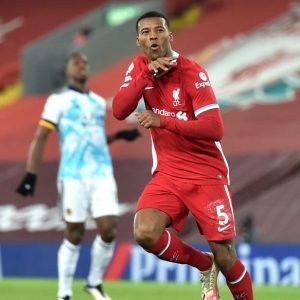 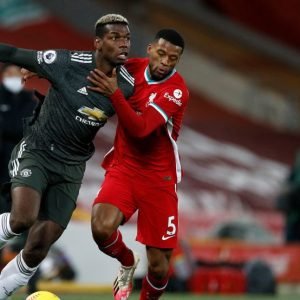