Liverpool, Manchester United and Manchester City are all interested in signing Declan Rice, according to 90min.

The 22-year-old continues to impress for West Ham, starting all 19 of the Hammers’ Premier League games this season.

Chelsea are considered another suitor for Rice, but they see him as a centre-back option, whereas Liverpool, United and City consider him a midfielder.

It is claimed that the England regular could be available for £50million this summer – less than previously, because of the financial effects of the current virus.

Rice is a player with great potential, already proving to be such a key man for West Ham, as well as winning 13 caps for England.

The youngster could be in contention to start for the Three Lions at Euro 2020 this summer, potentially alongside Liverpool captain Jordan Henderson.

Rice has an 87.3 percent pass completion rate in the league this season, highlighting his ability on the ball, while 1.8 tackles and 2.0 interceptions per match prove how adept he is at the defensive side of things.

There is an argument to say that £50million could be a little on the steep side, but given Rice’s age and potential, it could be worth Liverpool taking a punt on him.

With Henderson, Gini Wijnaldum and James Milner all now in their 30s, midfield reinforcements will be needed soon.

Would Rice be a good signing for Liverpool? 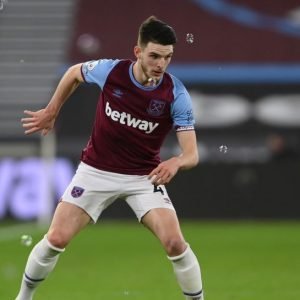 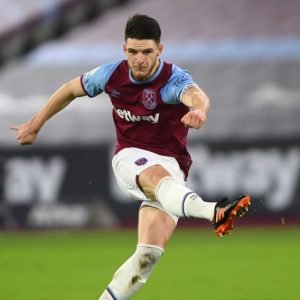