Chelsea have joined the list of clubs interested in signing Dayot Upamecano this summer, according to Kicker.

The £54million-rated RB Leipzig centre-back is a wanted man and he is likely to depart the Bundesliga club at the end of the season.

Liverpool have been continually linked with the 22-year-old, with a new central defender looking almost certain to come in this summer.

It is now reported that Chelsea are in the mix, too, with incoming manager Thomas Tuchel keen on bringing him to Stamford Bridge.

It is even stated that the Blues have contacted Leipzig regarding a move, suggesting a deal is more than possible.

Upamecano is a centre-back of huge potential, so it is a blow to see Chelsea seemingly join the race to sign him.

The Frenchman has started 17 of his side’s 18 Bundesliga games so far this season, averaging an impressive 88.9 percent pass completion rate, suggesting his ball-playing ability would suit Jurgen Klopp’s style down to the ground.

Despite his tender age, Upamecano is already a leader for Leipzig – that attribute would also be a welcome addition to Liverpool’s back-line.

With Virgil van Dijk turning 30 this year, and both Joe Gomez and Joel Matip injury-prone players, a long-term signing has to come in – someone who can be relied upon every week at the highest level.

Do you think Liverpool will sign Upamecano this summer? 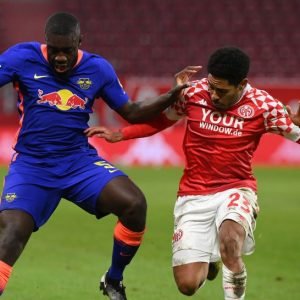