Liverpool could make an ambitious summer move for West Ham star Declan Rice, according to a report from The Guardian, and many Reds fans have got behind the idea.

It is reported that Jurgen Klopp could attempt to lure the 22-year-old to Anfield as the German attempts to oversee a ‘refresh’ of his all-conquering squad.

Part of that refresh could be forced upon the manager as regular midfield general Georginio Wijnaldum potentially departs at the end of the current campaign.

Having nailed down his place in Gareth Southgate’s England side as well as becoming an integral part of the West Ham midfield at the age of 22, Rice has been earning plaudits from far and wide. That includes Liverpool legend Jamie Carragher, who told Sky Sports how he has been “really impressed” with Rice’s development.

Many Kopites have joined the plethora of admirers as the champions are linked with what could be a huge summer transfer for the West Ham “leader”, who has captained the Irons throughout the season.

Twitter: @LFCTransferRoom @JacobSteinberg @guardian_sport would love this, he can play CB too if needed (@isaclfc)

Twitter: @PurelyFootball @Matt_Law_DT Would love to see Rice at Liverpool would be replacement for Hendo in the future. Top player (@Brianokeeffe985)

Twitter: I think Liverpool will desperately looking for homegrown player this summer. And Rice one of the ideal player too. https://t.co/mzsFcLw6I3 (@Jurgenistaa)

Would Declan Rice Start For Liverpool? 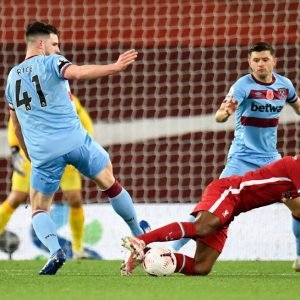 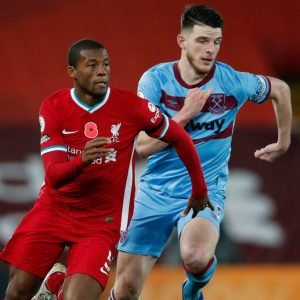