Liverpool are interested in signing Borussia Monchengladbach midfielder Florian Neuhaus, according to Kicker [via Sport Witness].

The 23-year-old has been a key presence for the Bundesliga side this season, starting 17 league games and all six Champions League group stage matches (WhoScored).

Neuhaus is reportedly a target for Liverpool, who view him as someone who can bolster their squad in the summer. He has a €40m (£35.1m) release clause in his contract and the Reds have ‘expressed interest’ in acquiring his signature. [Kicker via Sport Witness]

Liverpool’s midfield could definitely do with an injection of youth in it, with James Milner, Jordan Henderson and Gini Wijnaldum all now in their 30s, and Thiago reaching that milestone later this year.

It could be that Neuhaus is viewed as a potential replacement for Wijnaldum, should he opt to depart at the end of the season amid strong links with Barcelona.

Not only has the thrice-capped Germany international scored and assisted four times apiece in the Bundesliga this season, he has also won 173 tackles in 2020/21, highlighting his off-the-ball work.

No Liverpool player has won more than 2.2 tackles per game this season, so Neuhaus could hugely strengthen this string to the Reds’ bow.

Would Neuhaus be a good signing for Liverpool? 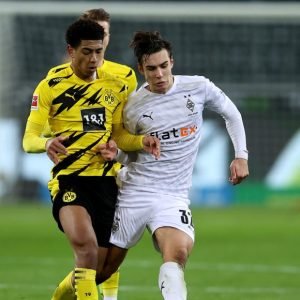 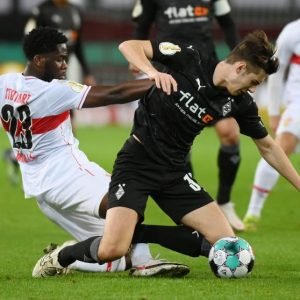