As Liverpool‘s acclaimed front three endure perhaps their longest spell without sustained high-quality performances, questions have started to be asked about the next stages of evolution for Jurgen Klopp’s side.

Whilst moving away from what has been the cornerstone of Liverpool’s recent triumphs shouldn’t be seen as an affront to their legacy, there is a way that Klopp can alter the fortunes without ousting any of the famous trio.

The early winds of change were perhaps already in motion when Diogo Jota was signed and Liverpool occasionally operated with a front four, but those plans were scuppered when the Portuguese forward was injured for three months in December.

As calls for a focal point to be signed in the summer emanate, it would be easy to assume that Roberto Firmino’s time at Anfield is nearing an end.

However, the Brazilian’s qualities have never truly lay in the goal-scoring column. Instead, his eye for a pass and ability to find space has made him a Liverpool favourite – attributes which would see the 29-year-old drop seamlessly into a number 10 role.

Currently, the Reds play a 4-3-3 formation almost religiously, but a 4-2-3-1 with Firmino supplying ammunition for a front three comprising of Jota, Sadio Mane and Mohamed Salah is a frightening proposition.

It’s possible that many Kopites may wholly disagree on how this side can transform once again in order to challenge. There is certainly room for attacking additions in the summer as the lack of strength in depth has been brought to the fore once again.

However, despite his struggles this season, this shouldn’t be the end of the road for Firmino, who has delivered so much to the club. By simply tinkering with his role and perhaps managing his game-time differently, Liverpool could have a totally different beast on their hands. 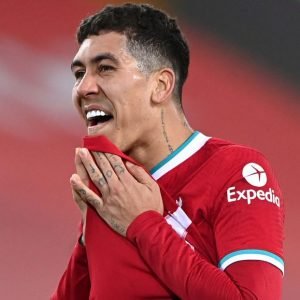 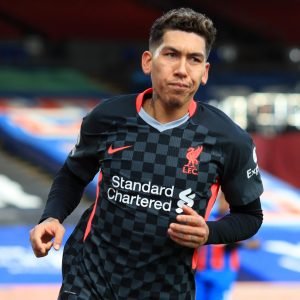