Liverpool legend Steve Nicol has pinned the Reds’ Champions League qualification hopes directly on the door of the front three in an interview with ESPN FC (via Daily Express).

Jurgen Klopp‘s side have struggled in the Premier League this season as they set about defending their title and currently sit outside the top four, putting their hopes of Champions League qualification in jeopardy.

Despite Mohamed Salah carrying the fight at the summit of the league’s scoring charts, there have been questions asked of the once-fearsome attacking trio.

Nicol believes that the return to form of Roberto Firmino and Sadio Mane alongside Salah will be crucial to the Reds’ chances of making the crucial top four spots. He said:

I’m trying to figure a way of how they’re [bookmakers] going to be right, they must think Liverpool’s front three are going to catch fire because that’s the only way they’re going to qualify for the Champions League next year.

Nobody can put their hand on their heart and say that’s going to happen, because right now the front three don’t look as if they could score against anybody.

Whilst Liverpool’s issues with injury have been well-documented and have had a major impact on performances, the misfiring strikeforce has certainly added to the problems.

Klopp’s side seem to have lost their way and their innate ability to win games by any means possible, regardless of whether or not the trio of Salah, Mane and Firmino have an off day.

The matches Liverpool have won recently have been with the attacking players clicking into gear and that buys into Nicol’s suggestion that the front three hold the key to finishing this wretched season on a high.

Salah is doing his bit, but now it’s time for Firmino and Mane to pull their weight. 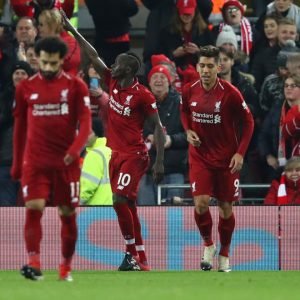 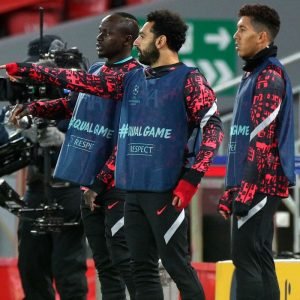