Perhaps most surprisingly was Alan Shearers third-place spot, given the man synonymous with Newcastle United is by far and away the Premier League’s all-time top scorer.

Salah, who is just eight goals away from reaching 100 in the English top-flight, has been prolific since arriving at Anfield – winning back to back Golden Boots.

Meanwhile, Suarez, a controversial figure during his spell on Merseyside, scored 69 league goals in just 110 appearances in his Anfield career.

Naming and creating a fair order without bias is almost an impossible task.

However, both Reds named are well worthy of their places in the conversation given their goal records, albeit neither had the longevity of the names above them.

Should Salah complete another two or three seasons with Liverpool his name will almost certainly feature higher up in the echelons of elite strikers.

Who Has Been The Better Liverpool Player? 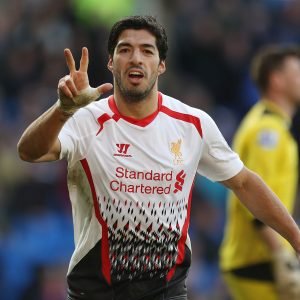