Liverpool legend Graeme Souness has intimated that some of Gini Wijnaldum‘s teammates would be right to be annoyed with the Dutchman this season.

Wijnaldum is out of contract at Anfield this summer and as things stand it seems unlikely the 30-year-old will remain beyond his current deal.

Despite remaining a regular in Jurgen Klopp’s side, the energetic midfielder looks set to walk away at the end of the season, with a potential move to link up with former national team boss Ronald Koeman at Barcelona well documented.

Given the uncertainty of the situation, Souness has told The Times that the players in the dressing room have the right to be frustrated with Wijnaldum.

Wijnaldum is leaving for Barcelona and I’m not sure how I’d have reacted to a player who made it clear he was off, how that goes down in a dressing-room. The players may make a joke of it, but it also may not sit well with all of them. He’s not played with the same intensity this season.

Capped 73 times by Holland, the man signed from Newcastle back in 2016 has been a superb servant to the Reds, making 230 appearances and helping the club to European and domestic success.

Wijnaldum’s future has been one of a number of sagas surrounding the club this season, with injury woes the major setback as Klopp attempted to defend the hard-earned Premier League crown.

This weekend has brought yet more drama to the club as the Reds became one of 12 clubs to confirm they would be part of a breakaway European Super League.

Should the Dutchman leave as expected, Klopp will have to replace him, especially given his levels of availability in what has been a truncated season.

Will Gini Wijnaldum Be Missed? 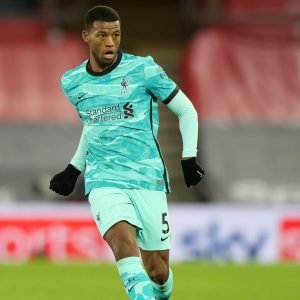 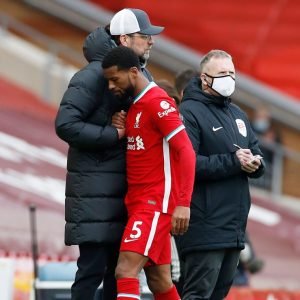