Former Scotland striker Frank McAvennie has claimed Diogo Jota’s arrival at Liverpool has disrupted the harmony amongst the front three at Anfield.

Both Sadio Mane and Roberto Firmino are down on their usual goal contributions this term, costing the Reds valuable points in both the title race and the race for the top-four thereafter.

Despite Mohamed Salah posting respectable numbers this term, leading the club’s scoring charts with 28 strikes in all competitions, the richly acclaimed trio have undoubtedly been profligate in front of goal.

Jota meanwhile has made a huge impact when fit – scoring 12 goals in 26 outings – tempered by a long injury layoff.

McAvennie has insisted to Football Insider that the arrival of the Portuguese forward from Wolves has changed the dynamic this season.

Salah is a magnificent player and having Firmino and Mane with him was just brilliant. They’ve brought in Jota and while he’s been playing well, brilliant even, I think it’s upset the other three. I don’t know what’s happened there but they don’t look right now Jota’s in there with them. Two years ago and last season those players were magnificent but now Jota’s here, some of them just can’t score.

Firmino has only managed six goals in 42 appearances this term, leading to calls for Jurgen Klopp to sign a recognised striker in the summer to bolster the attacking options.

It’s fair to say that through a lack of quality backup options and injuries to the alternatives, the previously clinical front three have had matters all their own way prior to Jota’s arrival.

Instead of spurring them on to improve, their performances have certainly dipped, albeit that could be due to a number of factors.

All three have operated at such a high level for so long they’ve been all-but ever-present features, something that may have caught up with them in this truncated campaign. 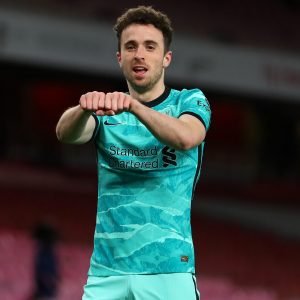 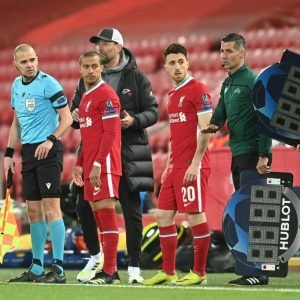