On this day (May 7) in 2019, Liverpool completed the most unlikely comeback as the Reds overcame a 3-0 first-leg deficit to reach the UEFA Champions League final.

Despite holding their own a week earlier in the Camp Nou, the Reds were left wondering what might’ve been after a Lionel Messi inspired Barcelona took control of the tie.

Injuries to Mohamed Salah and Roberto Firmino further damaged Jurgen Klopp’s sides chances and the Anfield rescue mission seemed a step too far – especially with the Catalan giants being ‘ready’.

But, a typically electric European night under the lights saw a Divock Origi and Gini Wijnaldum brace send the comeback specialists through 4-3 on aggregate.

Origi got the unlikely revival off and running in the seventh minute after fine work by Jordan Henderson.

Roared on by a deafening Kop, Klopp’s men were unable to add to the early goal before half time.

Andy Robertson was unable to continue at the break and one of the most iconic substitutions in Liverpool history saw Wijnaldum take the field with a point to prove.

The Dutchman scored twice in the space of 122 seconds after the break and swung in Liverpool’s favour against all odds.

Visibly rattled by the goings-on, Messi and co couldn’t contain the onslaught and when the defence fell asleep at a corner (taken quickly), Trent Alexander-Arnold had assisted Origi for the fourth and ultimately crucial goal.

Three weeks later Liverpool lifted the European Cup for the sixth time – putting the pain of a year earlier well and truly behind them.

Was This The Greatest Liverpool Comeback? 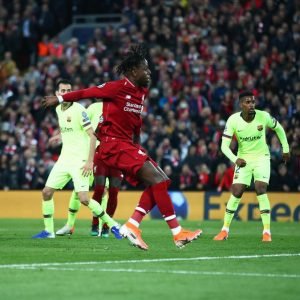 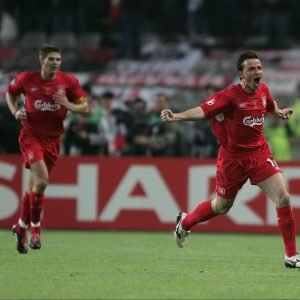