Liverpool could be interested in a potential shock summer swoop for Leeds United striker Patrick Bamford.

Bamford has enjoyed a superb campaign in an impressive newly-promoted Leeds side, silencing numerous detractors in the process.

As a report from The Athletic emerged confirming the 27-year-old extended his contract at Elland Road by a further 12 month last summer, the same report has claimed the Reds are ‘believed to admire’ the forward.

As cited by The Anfield Talk on Twitter, the report from David Ornstein has claimed the new deal may not stop any transfer move this summer were a ‘suitable’ bid to materialise.

Patrick Bamford signed a new deal last summer. The increased length would not prevent him from being sol… https://t.co/kliQN82dhU (@TheAnfieldTalk)

This season, Bamford, who Jurgen Klopp lauded as ‘exceptional’ in April, has scored 15 goals from 35 appearances in the top flight as well as registering seven assists.

Klopp will be desperate to add alternatives to the tried and tested front three this summer and the England Under 21 international has proven to be ready-made for the Premier League.

Valued at £16.2million (Transfermarkt), the Grantham-born ace has seemingly improved year on year and offers similar traits to that of Roberto Firmino, a style Klopp is known to be a fan of.

Having said all of that, at 27 and with two years remaining on a contract, signing Bamford would be an expensive outlay and the Reds could perhaps find better value elsewhere – such as teammate Raphinha. 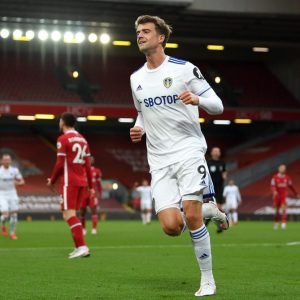 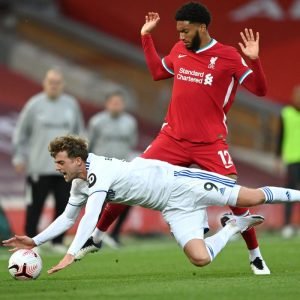