Liverpool are believed to be in talks with AC Milan star Hakan Calhanoglu over a move to Anfield.

The Turkish attacking midfielder looks set to become available on a free transfer this summer as he entered the final weeks of a contract in Italy.

Reds boss Jurgen Klopp is set to enter the market for numerous positional additions in order to ensure there is sufficient squad depth to challenge for the Premier League title once again in 2021/22.

Calhanoglu has enjoyed a stellar campaign in Serie A – registering four goals and 10 assists in 33 outings.

According to a report from CalcioMercato, as cited by The Anfield Talk on Twitter, Liverpool have already initiated talks with the 27-year-old’s representatives.

Hakan Calhanoglu’s entourage had contact with Liverpool but the Reds have not made a formal offer for Ha… https://t.co/yuYyQ6rqIB (@TheAnfieldTalk)

Although Klopp is in the market for a Gini Wijnaldum replacement as the Dutchman himself leaves as a free agent, Calhanoglu is not likely to be seen as such, operating as a more attacking threat capable of playing in wide positions.

All told this season, the 55-cap Turkish international scored on nine occasions and provided 12 assists in 43 appearances – earning an average Sofascore rating of 7.42 in the league.

Hailed as ‘exceptional’ by Milan manager Stefano Pioli, the former Bayer Leverkusen man has 195 career goal involvements to his name.

Signing Calhanoglu for free would be an incredibly astute piece of business by Michael Edwards this summer.

With Xherdan Shaqiri likely to be moving onto pastures new for a fee, replacing the Swiss ace with a like for like arrival would be shrewd.

Still holding a market value of £31.5million (Transfermarkt), the Turkish ace clearly has plenty left to offer and is arguably set to reach his prime. 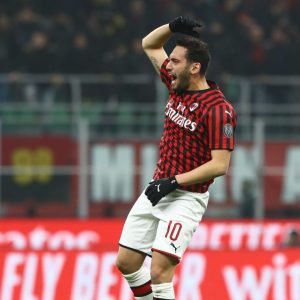 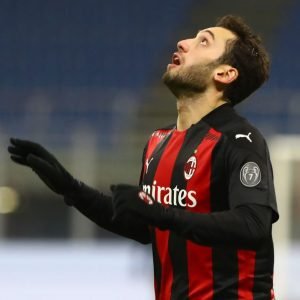