Liverpool could be about to receive a first concrete offer for central defender Nat Phillips this summer.

The 24-year-old enjoyed an unlikely rise to prominence last season in the wake of a crippling injury crisis at Anfield and looked to have forged a career with the Reds.

However, the club’s resolve could be about to be tested to the full as clubs across the Premier League gear up to make their interest in the Bolton-born ace known.

According to a report from TalkSPORT, as cited by Football Transfers on Twitter, Brighton are set to show their hand.

The report states that Phillips will be allowed to leave if ‘the opportunity to play regular first-team football presents itself’ whilst highlighting the ace as a possible replacement for the Arsenal bound Ben White.

Last season the Englishman played a key role in guiding the Reds to a third-place finish – earning an average Sofascore rating of 7.19 from an outstanding 17 Premier League outings.

Having won the hearts, minds and admiration from Kopites all over the land, Phillips will forever be a cult hero on Merseyside.

But, realistically as Virgil van Dijk, Joe Gomez and Joel Matip return to fitness, supplemented by the addition of Ibrahima Konate, the £7.2million valued defender is unlikely to see another opportunity for some time at Anfield – something he has proven to be ready for.

As Jurgen Klopp looks to strengthen the ranks elsewhere, selling Phillips for the mooted £15million would be a huge boost to the coffers and could ultimately be enough to part ways with the Bolton Baresi. 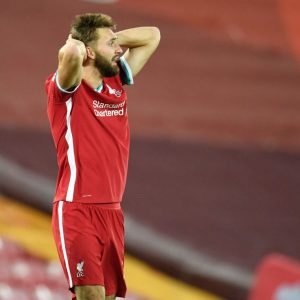 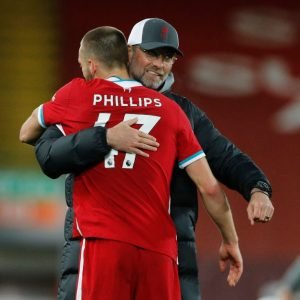