Liverpool have reportedly been given the ‘green light’ to make a move for Lyon midfielder Houssem Aouar.

The Frenchman is seemingly destined to leave the Ligue 1 club this summer with major interest coming from the Reds, as well as Premier League rivals Arsenal and Manchester United.

Tottenham and Barcelona are also believed to be in the running to sign the 23-year-old ace as a first career move comes into view.

According to a report from Calcio Mercato (via Daily Express) and as cited by LFCNews on Twitter, admiring clubs have been given the go-ahead.

The report claims that Lyon hopes to spark a bidding war in order to drive the price up having initially slashed their demands in half to £25mililion this summer.

Aouar has made 170 appearances for the French club, scoring 32 and assisting another 31 goals in the process.

Last season the French youth international, once described as ‘incredible’ by Pep Guardiola, netted eight times and added another four assists in 33 outings.

Signing Aouar this summer would be a huge boost to Jurgen Klopp’s squad and to the club given the competition for the signature.

Valued at £37.8million and under contract until 2023 (Transfermarkt), whichever club lands the Frenchman would be landing a bargain deal at anything under around £50million.

Albeit a more forward-thinking option than Gini Wijnaldum, Aouar has shown previous versatility that would endear itself to the Anfield ranks with little adaptation.

Ranked the eighth-best player in the French top-flight, Liverpool would be delighted to land the star. 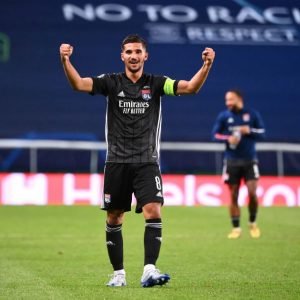 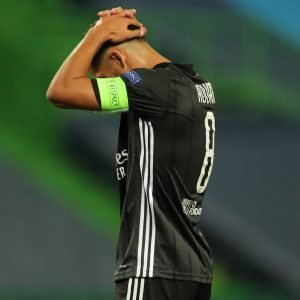