On Friday it was reported that Liverpool had ‘entered the race’ for Sassuolo midfielder Manuel Locatelli – joining Juventus and Arsenal as the main protagonists for the Italian.

The Reds’ perceived participation could have proven to be short-lived as the two Serie A clubs were scheduled to meet once again to discuss a possible transfer.

However, according to Sky Sports Italia, as cited by LFC Transfer Room on Twitter, those negotiations have been fruitless.

• The meeting between Juventus and Sassuolo has ended but the two parties have not reached an agreement for Manu… https://t.co/LZtZXwnuzA (@LFCTransferRoom)

Another report from journalist Gianluca di Marzio states that the parties will meet for a fourth time in an attempt to strike a deal for the 23-year-old as the Old Lady stand firm on a loan move with an obligation to buy.

Locatelli is hot property following a superb domestic campaign backed up by playing a key role in Italy’s success at the European Championships this summer.

Valued at £31.5million and under contract at Sassuolo until 2023 (Transfermarkt), signing Locatelli for the mooted £34million asking price would be a relative bargain.

Albeit predominantly a defensive midfielder – a role reserved for Fabinho – the Italian is capable of operating in a box to box role at the heart of any side.

Possessing a range of attributes that would make the star the ideal Gini Wijnaldum replacement, whilst Juve may still be favourites, Liverpool would be wise to swoop as soon as possible. 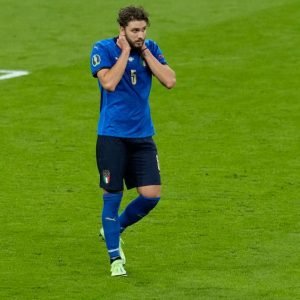