The Reds hold the 21-year-old in high regard and could turn to the Canadian should the French champions need to sell.

Signed from Gent last August for £27million (GFFN), Liverpool’s admiration was confirmed by James Pearce for The Athletic.

According to TSN Sports reporter Matthew Scianitti on Twitter, the Brooklyn-born ace remains on the radar at Liverpool.

Finances in France have perhaps been hit hardest following the Covid-19 pandemic due to a collapsed broadcast deal – leaving Lille a reported €125million (£106.8million) in debt and in need of selling major assets.

With 15 goals in 16 outings for Canada, David has impressed on the global stage and continued his development last season netting 13 league goals in 37 appearances.

Signing the star once hailed as a ‘phenomenon’ by former Gent manager Hein Vanhaezebrouck would bolster the attacking options at Jurgen Klopp’s disposal.

Another year older and having made the step up in European domestic terms, the striker is likely to be much improved for spending a year in France.

Capable of playing as a recognised centre-forward, second striker and as a wide man, David would offer maximum versatility to the Anfield ranks.

Valued at £31.5million (Transfermarkt), it’s expected Liverpool may have to offer a small profit on the French club’s expenditure in order to land the Canadian.

As a replacement for the potentially outgoing Divock Origi, at 21 and with bags of potential, this is a no-brainer for the Reds. 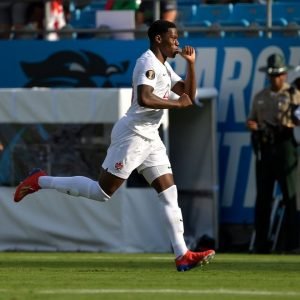 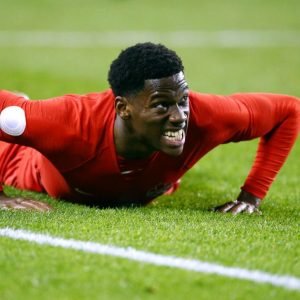