Liverpool are believed to be among the leading contenders to sign Real Madrid attacking midfielder Marco Asensio this summer.

The Reds have been named alongside Premier League rivals Tottenham and Arsenal as the clubs to have ‘set their sights’ on the 25-year-old Spaniard.

Currently away as part of the Spanish squad at the Olympic Games, Asensio could be in line to pick up a gold medal before returning to domestic action.

According to a report from Fichajes, as cited by Anfield Agenda on Twitter, that return could be to England.

Twitter: Liverpool are “in the mix” for Marco Asensio, but they face competition from Spurs and Arsenal. A bid of around £34… https://t.co/9rEGpt6yFP (@AnfieldAgenda)

Last season the versatile ace, once tipped to become a Ballon d’Or winner by Cristiano Ronaldo, scored seven times and registered two assists in 48 appearances across all competitions.

Liverpool boss Jurgen Klopp will know all about Asensio’s qualities after the Spaniard netted against the Reds during a 3-1 quarter-final victory last term.

Valued at £31.5million and under contract in Madrid until 2023 (Transfermarkt), landing the ace for the mooted £34million asking price would represent outstanding value.

Capable of playing across the front three there is no doubt the Spaniard would offer maximum versatility to Klopp’s squad and could be the ideal solution to an attacking issue. 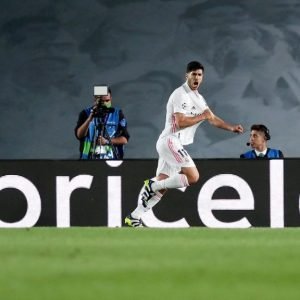 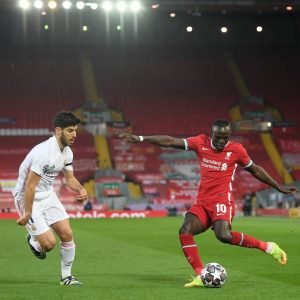