Former Liverpool midfielder Jamie Redknapp has been hailing a current one in the shape of Thiago.

The 30-year-old Spaniard was included from the start on Sunday for the first time this season as the Reds swept aside Leeds United 3-0 at Elland Road.

Since arriving from Bayern Munich last summer for £20million (BBC), Thiago has struggled for his very best form.

However, following a stellar display in Yorkshire, Redknapp was quick to rubbish those that disparage the ace on Sky Sports.

I’ve listened to a lot of people talk about Thiago. When Liverpool go on a bad run people go ‘he slows the play up and can’t handle the intensity’. Absolute garbage. This guy is one of the best technicians you’ll see in world football, doesn’t matter what kind of pressure you put him under, he’s never panicked. He relaxes on the ball. There was a lot of times where he was in good positions to help out the defence.

“When Liverpool go on a bad run, people say he slows the play up, he can’t handle the intensity, absolute garbage… https://t.co/u6Ptz9PUjS (@footballdaily)

Capped on 46 occasions by Spain and a serial trophy winner across spells with Barcelona and Bayern, Thiago has a well established illustrious career already under his belt.

This season the cultured ace had only made two brief substitute appearances prior to playing the full 90 minutes on Sunday.

Class it would seem is most definitely permanent when it comes to Thiago.

Named in multiple world team XI’s, the midfielder was always likely to come good at Anfield.

Kopites will hope this latest display is merely the start of things to come – particularly in the absence of Harvey Elliott.

Will Thiago Star For Liverpool This Season? 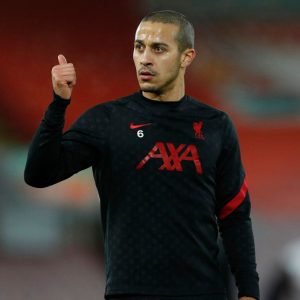 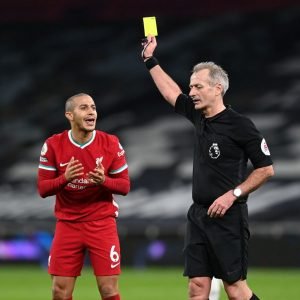