Liverpool forward Takumi Minamino has returned to training ahead of the UEFA Champions League opener with AC Milan at Anfield.

The Reds welcome their twice final opponents to Merseyside for the first time ever tonight (Wednesday, September 15), hoping to make a strong start to Group B.

Ahead of the meeting, Japanese international Minamino has been spotted getting back involved, but there was no sign of another major attacking option.

Twitter: Takumi Minamino was back in Liverpool training today. No sign of Roberto Firmino with the main group, though. (@ptgorst)

Neither were involved at the weekend after Minamino returned early from international duty, whilst Firmino’s hamstring issue continues to rule out the Brazilian.

Meanwhile, Liverpool have confirmed teenage sensation Harvey Elliott underwent successful surgery on a dislocated ankle and there is ‘confidence’ the 18-year-old will return before the end of the 2021/22 campaign.

Given the lack of recognised attacking options on the bench on Sunday, Minamino will be a welcome addition to the matchday squad.

At full strength, Jurgen Klopp has the option to rest and rotate successfully, but even one or two absentees soon expose a worrying lack of depth.

Elliott will hopefully make a swift recovery to further bolster the options available to the German manager, especially as Naby Keita, Sadio Mane and Mohamed Salah head off to the African Cup of Nations in mid-January. 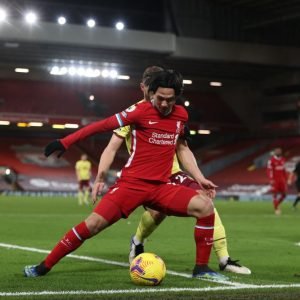 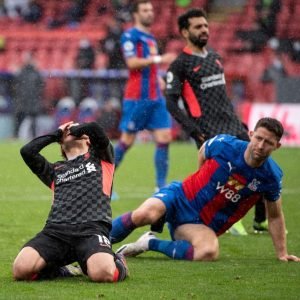