The Reds were initially linked with a move for the 24-year-old during the summer but held off on making a concrete offer.

That interest would appear to remain present and could see the Anfield club act as soon as January.

That’s according to a report from the Liverpool Echo, as cited by Leelafootballnews on Twitter, claiming Bowen is very much on the radar.

The report claims Liverpool could make a genuine bid in either the winter window or next summer as Jurgen Klopp looks to rejuvenate the squad.

So far this season Bowen has provided one assist in seven appearances – earning an impressive 7.28 average Sofascore rating in the process.

Signing additional attacking options was clearly down on the list of priorities during the recent summer transfer window following the previous arrival of Diogo Jota and the emergence of Harvey Elliott.

However, Bowen looks to be a ready-made Klopp player, with all the attributes to be a success on Merseyside.

Boasting excellent versatility and always a willing runner, signing the ex-Hull City ace would only enhance his own skillset.

Currently holding a market value of £27million and contract until 2025 (Transfermarkt), this deal would represent a large outlay and would see the selling club – West Ham- have all the power. 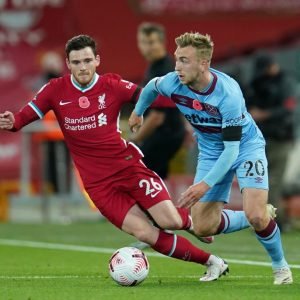 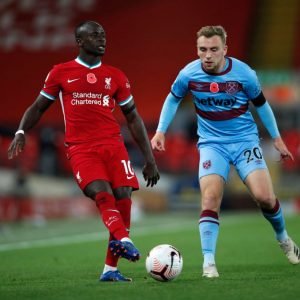