Liverpool are on the road in the Premier League looking to maintain their pace at the top of the table.

The Reds have made an unbeaten start to the new 2021/22 campaign including victories in the UEFA Champions League and Carabao Cup.

Jurgen Klopp’s side face a challenge of a different kind this weekend as they face a newly promoted Brentford that have made a bright start to the season.

This is Liverpool’s first visit to Brentford in the league since 1947 and there will be a great atmosphere to welcome them. The Bees will be lively on the pitch too – Ivan Toney does a great job and they have got goals in them, which gives them a chance in games – or most games anyway. I just think Liverpool will be too strong for them. Jurgen Klopp has been rotating his team regularly but it does not seem to make much difference to results – he generally gets it right when he leaves people out.

Lawrenson backed the Reds to prevail 0-2 from their first-ever visit to the Brentford Community Stadium.

Liverpool will be without Thiago, Naby Keita, and Harvey Elliott for the trip whilst Roberto Firmino is unlikely to feature from the outset.

Brentford are a danger, of that there is no doubt.

In striker Ivan Toney the Bees have a genuine goal threat who will need to be handled.

That said, the likes of Mohamed Salah, Trent Alexander-Arnold and Virgil van Dijk have started the season superbly and will be looking to leave their positive footprints all over this match. 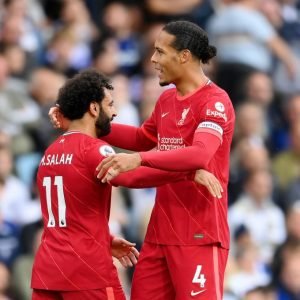 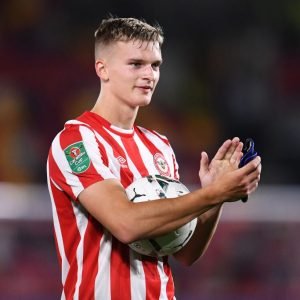