On this day (October 15) in 2000, Emile Heskey netted the perfect hat-trick as Liverpool swept aside Derby County 4-0 at Pride Park.

The Reds’ cult hero scored with a thumping header, an unstoppable right-foot strike and completed the set with a left-foot finish.

Patrik Berger rounded off a sumptuous Liverpool move to complete the rout for the late, great Gerard Houllier’s side.

Overall, the popular striker with a memorable celebration scored 60 times for the Reds in 223 outings across a four-year spell on Merseyside.

Albeit perhaps not as glorious as the current halcyon days, Houllier built a superb team and won plenty of trophies along the way.

Heskey was rightly adored by the Kop as the combination of himself, Michael Owen and Robbie Fowler saw attacking football at the forefront of the mindset.

Back in the present day, Liverpool will be hoping for another successful away day as Jurgen Klopp’s charges face Watford at Vicarage Road.

Is Emile Heskey A Liverpool Legend? 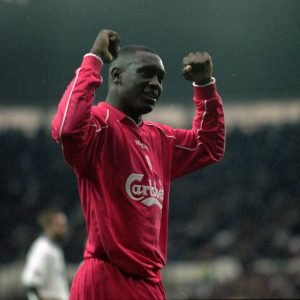 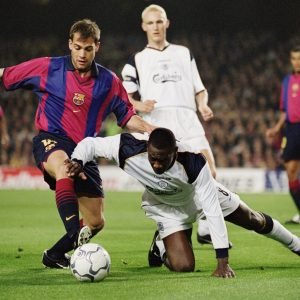